The Bedford Autodrome Duathlon is well established with the duathlon community. Now under the organisation of ActiveTrainingWorld, this event continues to grow in popularity. The race has previously been selected to host the British Championships and World Duathlon Championships qualifiers.

Following the rescheduling of the Sprint Distance Qualifying event in Ashridge on 21st March, this event will now host the Sprint Duathlon World Championship 2022 Qualifier. To be eligible for qualification, entrants must be a member of their home nation association and a British citizen and hold a valid British Triathlon License. But, this event is open to everyone, regardless of ability, including people who want to compete in the event and are not attempting to qualify for the World Championships. If you are interested in using this as a qualifying event, please read the section on qualifying criteria below. 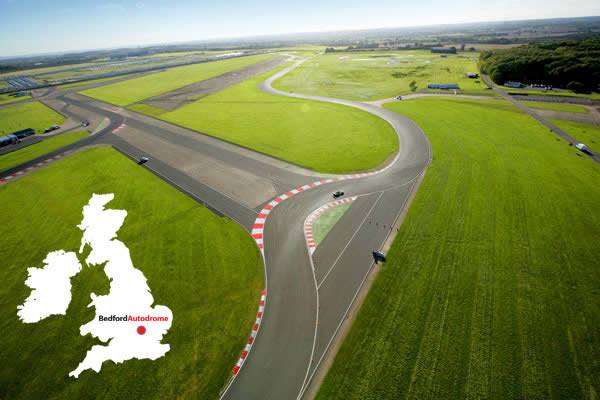 Both runs and the bike are all held on the traffic-free autodrome circuit at the historic Thurleigh Airfield. The transition is based in the pit lanes, and the open nature of the flat multi-lap circuit means that the action is superb for spectator viewing.

The first run uses a 2.6km lap on the Western half of the circuit. With a pan-flat course, you’ll be tempted to run at PB pace, but the wise competitors will hold something in reserve for that second run.

After a swift transition there is a short ride to join the 4.5km bike lap that utilises the Eastern side of the motor-circuit. With no traffic to worry about, your only concern will be putting down the power and getting aero to post a lightning fast time on the smooth tarmac and sweeping curves of the autodrome.

For the second run you’ll be returning to the Western half of the circuit and completing the 2.6km loop in reverse. Those who have paced themselves correctly will still be running strongly to take the chequered flag at the circuit’s Finish line.

To be eligible for qualification you must conform to the criteria in Section 24 (particularly, Section 24.4) of the British Triathlon Competition Rules including being licensed to race. You must hold a valid Triathlon England Race Licence, this Race Licence must be validated no later than 5pm, 3 working days before the Championship (5pm, Tuesday 6 April). To validate your race licence please access Your Profile on the BTF website. You must also present your valid Triathlon England Race Licence at the event registration, failure to do so may result in you not being eligible for qualification. Registering your intent to qualify and additional details can be found here: https://www.britishtriathlon.org/age-group 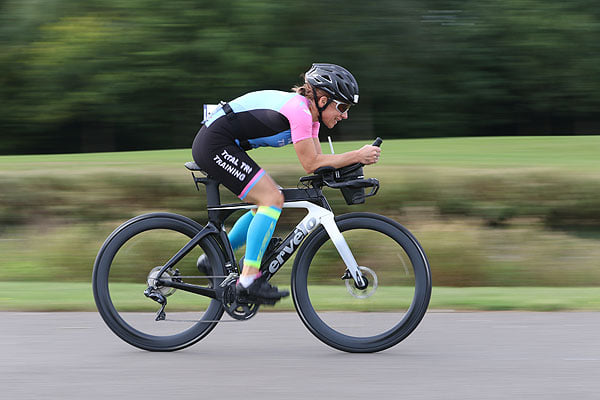 Unfortunately, due to the late change of venue for the postponed World Duathlon Championships qualifiers, we wont be able to host a children’s race on April 11th. We hope to be able to hold a race suitable for 12-15 year olds at future events. They will start and finish under the same banner as the adults and run/bike their way round the autodrome. The traffic-free nature of the course gives them a rare opportunity to compete on tarmac in a safe environment.

And after completing your race, you will be congratulated with a custom event medal. The event will also be chip timed so you will get accurate splits for your race.

There will be live commentary, music and photos as you celebrate your achievements with your friends and family.